"Once more unto the breach, dear friends, once more..."

I'm not King Henry V trying to rouse his soldiers to battle one more time, but I am letting my friends know that I am once more going to have to do battle with "the Beast."

It was confirmed this week that my ovarian cancer has reared its ugly head again.  I had suspected it for a while because I was starting to have the symptoms I'd had before, but after hearing the results of the PET scan, there was no denying it.

After my last waltz with chemo, I swore that would be it--no more.  My doc. and I talked about treatment options that were available to me, and we decided that my best option would be an oral form of chemotherapy that has been specifically used for ovarian cancer.  (Don't be fooled; just because it's not in an IV doesn't mean it isn't harsh.)

I told her about my reservations about going on treatment again.  Remember in To Kill a Mockingbird  when Atticus says to Scout "It's not time to worry yet"?   Well, my doctor basically said to me that we weren't "there" yet, and that she would definitely let me know when she felt it was time to stop.  That made me feel better, because as a nurse, I have heard doctors say to patients/family members that they can treat "x" disease.  Well, sure..you can treat someone right into the ground.  Treating isn't making that patient better.  I feel like I can trust her, even though I haven't been going to her for all that long.

So there you have it.  I'm not sure what else to say for now. 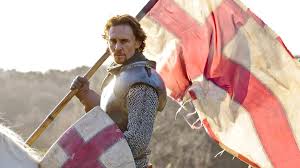