It's been a long time since I've posted; much has happened over the last few weeks.  After careful consideration, I have decided to proceed with a prophylactic bilateral mastectomy.

As most of you know, I have the BRCA2 genetic mutation, putting my risk for developing breast cancer much higher than average, particularly since I've had ovarian cancer twice.  There's nothing I can do about preventing the ovarian cancer from recurring, but breast cancer--this is something I have some control over.

For a host of reasons, I've decided to have the surgery at Fox Chase Cancer Center.  It's a hike, but I think the benefits will outweigh the inconvenience of having to travel there.

So thank you to family and friends who have been faithful supporters.  Here we go again again... 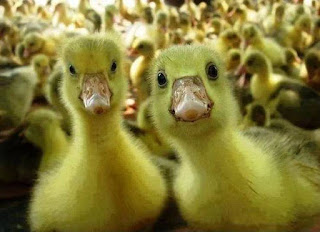 There's no special meaning behind this duck photo; it just makes me smile.
Posted by Reese, RN at 7:02 PM