These are some of the wonderful nurses I worked with in outpatient oncology.  Is it really going on four years ago since I left? 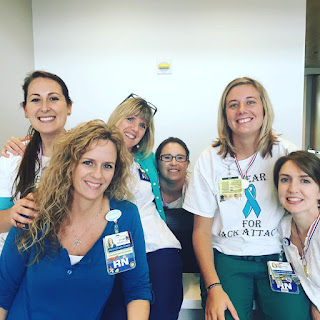 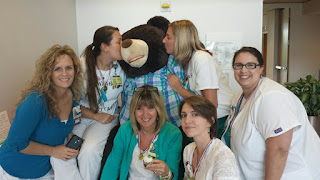 Every year, approximately 15,000 women in the US will die from ovarian cancer.  That's like having a small town vanish off the map.  Here are a couple examples of US town that would cease to exist:

We must come up with a better way of treating ovarian cancer.  It's inexcusable that the mortality rate for ovarian cancer is essentially unchanged from when I was first diagnosed in 2011. 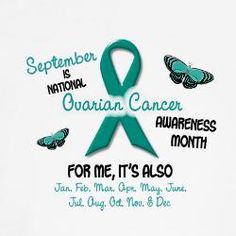 At the risk of sounding petulant, I have to get something off my chest.
Anyone who has been on my timeline or my blog knows that I have been dealing with ovarian cancer for a little over four years. I have been trying to increase awareness of this disease, which is the most lethal of all gynecologic cancers, but gets little public attention. (I don't even want to get into the disparity of funding for research.)
Imagine my frustration when I opened the Sunday News of Lancaster Newspapers and saw an ad on page A12 for "Pink Messages" for next month, in honor of Breast Cancer Awareness month.
I thought about what something like that would do for women struggling with this disease. Ovarian cancer is often referred to as the "Silent Killer" because its symptoms do not often become apparent until the disease is at an advanced stage. In my opinion, it's also a silent killer because it gets such little notice.
It's time for women with ovarian cancer to feel that same public support that those with breast cancer have had for so many years. 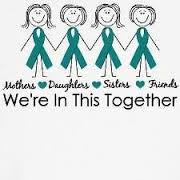 I found out yesterday that my oncologist is retiring.  What a bummer!  He is one of those rare doctors who really cares about his patients.  He took me on when my cancer recurred at the beginning of this year.  I'm sure it can be dicey to take on a patient who had been seeing another doctor, but he did it without flinching.

There's another doctor who will be taking over his practice, but I'll be going to a doctor at Fox Chase Cancer Center.  Going there will be a bit of a commute, but it will give me the opportunity to go somewhere where they have clinical trials.

Time for some ZDogg levity:

Email ThisBlogThis!Share to TwitterShare to FacebookShare to Pinterest
Well, here we are...another September "Ovarian Cancer Awareness Month."  The silence in the media is deafening.  When it's October, "Breast Cancer Awareness Month," you can't swing a cat without bumping into an article, news segment, or other event promoting breast cancer awareness.  I asked the American Cancer Society if they planned on doing anything for ovarian cancer awareness.  That would be a "no."  In fact, when it comes to funding, breast cancer gets the lion's share of the money they raise.  In addition, they hold a separate fundraiser annually for breast cancer.

Props go out to the Windy City, which turned the town teal.  If only we could get that kind of support everywhere! 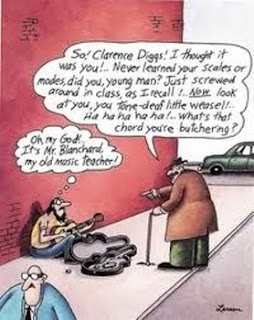