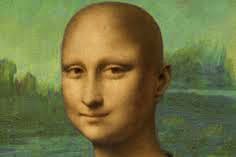 Recurrence.  It's a word that sends a chill through every cancer patient.  It's the word that cannot be spoken.  For people who don't have cancer, it's just a word...a word devoid of emotion.  For those of us who have done battle with cancer, it's not a word; it's a punch in the gut.

About three and a half years ago, I was diagnosed with Stage IIIC ovarian cancer.  I went through several months of chemo, treatment that cost me my job and my ability to live independently, even walk.  The complications from the treatment were nearly as catastrophic as the diagnosis.  My doctor considered my treatment a success because according to tests there was no active disease.

So life was supposed to go on.  Life, that is, without nursing, a career I'd had for nearly thirty years.  Life without living on my own.  And life waiting for the other shoe to drop.

During my remission, I spent a lot of time trying to fix the orthopedic issues caused from my chemo treatments.  In one year, I was hospitalized four times and had three surgeries.  The hospital started to feel like home.

And always in the back of my head was this fear of the cancer recurring.  Some days it was just a fleeting thought.  Others, it was with me all day, like a bad dream you just can't shake off when you wake up.

Then, it happened.  This past Fall, my tumor markers started to creep up.  By December, I started feeling sick, just like I did when I was first diagnosed.  The shoe had dropped.

For a lot of reasons I don't want to go into, I've chosen to go to a different oncologist.  It was a difficult decision, but I think it was the right one.

Next Monday, I get on the chemo carousel again, with a new doctor and a new drug regimen.  It's time once again to do battle with the Beast.